Nearly all California’s school districts now have a teachers’ union affiliated with either the California Teachers Association (CTA) or the California Federation of Teachers (CFT). Several districts have their own union, such as the United Teachers of Los Angeles (UTLA) and the United Educators of San Francisco (UESF). The primary activity of a union is to represent the teachers in negotiating the terms of employment contracts, called collective bargaining.

According to Senate Bill 160 (1975), the Rodda Act, the school board and the union must meet at least once every three years. The result of this negotiating determines the salaries and benefits, hours, calendar, and most aspects of teachers’ working conditions—as well as attempting to solve problems and address new issues that have arisen during the period of the contract. This can be especially significant when the Legislature and governor have passed new laws—for example, about class size reduction or teacher training and evaluation. A district can implement these laws only after the impact has been bargained.

The schedule for negotiations is jointly planned, and the process can extend over many months. Negotiations may be private. The “sunshine” clause of the Rodda Act requires that each party’s proposal be presented for public comment at a publicized school board meeting. Any new subjects raised later must be made public within 24 hours, and the school board must explain the financial impact of any proposed settlement before adopting the final contract.

The Scope of Negotiations
Of great interest to the school board and the union are the issues and subjects that either party may raise in negotiations. The set of issues is called the “scope.” Although a limited scope was defined in the original law, the appeals process, litigation, and new laws have added items. Some, such as wages, specified benefits, evaluation, and hours of employment, must be negotiated. Other items, such as teacher assignment and early retirement, are part of scope but do not have to be discussed.

Still others are “consultative,” meaning that the union must be consulted on the topic. Examples include the content of courses and curriculum, or textbooks. The school board may expand the list, but the results do not have to be included in the contract.

Finally, some items are “non-negotiable” because they are preempted by the Education Code. The crucial example here is the due process for dismissing permanent teachers, those with “tenure,” as well as seniority rights for layoffs. Details are in the Education and Government Codes, and they are not subject to bargaining.

Contents of a Typical Teachers’ Contract

Models of negotiating
In the original confrontational system of bargaining, patterned after the private sector, both sides present a list of demands before beginning the negotiations. Considerable give-and-take is anticipated, particularly since the positions are often far apart, and the debate can take a long time.

An alternative is “interest-based” bargaining. In these cases, both parties focus on their primary interests and mutual needs and learn ways to work through differences and resolve conflicts. The actual method depends on the circumstances and inclinations in individual districts, with some of them even covering such difficult topics as teacher quality and student achievement.

The Public Employment Relations Board
Because serious disagreements can arise at any time, the Legislature created a state-level adjudicating body and spelled out the steps for resolving disputes. The five-member Public Employment Relations Board (PERB) is responsible for interpreting collective bargaining issues—handling questions, appointing fact finders, and maintaining a public file of all signed agreements for public schools and other public agencies. PERB rulings are final unless court review is warranted. PERB has become a powerful quasi-judicial body in the politics of education.

1. Unfair labor practice. This is a complaint, from either party or an individual teacher, that the law or the contract is not being followed. The steps toward resolution can include review by PERB or a neutral third party, a hearing and finally a review by the full PERB board.

2. Impasse/mediator/fact finding. This situation occurs when negotiations break down completely. Often a mediator is appointed first but, failing resolution at that stage, the dispute can go to fact finding under a PERB-provided chairperson. The recommended settlement is not binding on either party, and negotiations resume.

3. Work-to-rule/strike. Pressure tactics are common in confrontational bargaining. Teachers can decide to strictly follow the working hours in the contract (called “work to rule”), and they can also stage a sick-out or have informational picketing. The last resort is a strike, which the California Supreme Court has ruled permissible unless public health or safety is threatened. Teacher unions in California have rarely called strikes.

District management and unions can also disagree over the application of the provisions in the contract. Grievance procedures differ among districts. Mediation is sometimes used to resolve the issue, and arbitration can become necessary. Even at that point the final recommendation is advisory only—unless the contract already specifies that arbitration is binding on both parties.

Typical concerns in negotiations
Aside from the basic topics of salaries, benefits, major working conditions and the implementation of new legislation affecting teachers, two issues are perennially interesting—and often controversial—to the union, the school board, and the public. These are the validity of data and the presence (or absence) of clear communication.

The facts about the district’s financial condition, its expected revenues and spending priorities or constraints, are crucial. The union may try to figure out whether money is “hidden” somewhere in the budget. The board may want to explain which revenue sources are earmarked by law or regulation and therefore not available for salary increases. The public may wonder how the salary schedule compares to neighboring districts. Money is at the heart of the negotiating process, and both sides can come up with a different interpretation of the facts.

The progress in the negotiating process is also hard to nail down because regular public communication is not a part of it. The school community rarely has access to information until the school board releases the explanation of how the proposed settlement will affect the district’s finances. Evaluating either side’s demands or claims is difficult, sometimes impossible when these are not related to money.

The environment for public schools is always changing, with new regulations, technologies and, especially lately, “reforms.” This dynamic presents a challenge for each district’s teacher union-school board relationship. Collective bargaining affects how education dollars are spent locally and how new laws affect the classroom. 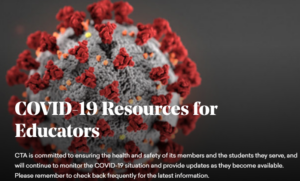 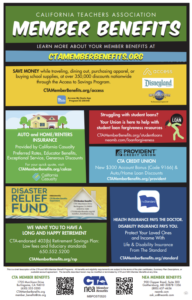